Veggie Grill is probably the most popular vegan restaurant in California. It’s almost as popular as In-n-Out! People who aren’t even vegan go to Veggie Grill. They’re food is just that good. Today I will be reviewing 3 dishes from Veggie Grill. The Fish tacos, Spicy Fried Chicken Dinner, and Santa Fe Chicken sandwich.

Typically comes with a side of black beans, but we got fries.

Veggie Grill’s Fish Tacos are pretty good. They definitely taste like battered fish, and with the salsa and lime juice on them, they’re great, but they’re not terrific. I would suggest asking for some Chipotle and regular ranch. Add both of those in top, and they turn these ordinary tacos into something spectacular. When I took a bite, after adding the extra sauces, my taste buds were ecstatic. The ranches help me out the flavor of the fish and corn tortillas, and made them less dry. I looked at the inside if the vegan fish, and saw the little green specks of, what must have been, kelp. I thought that was pretty unique.

This sandwich is typically my go-to at Veggie Grill. I know I like it, and it’s not too unhealthy, as long as you get a different side or than fries. The Chik’n tastes good, but the sandwich is sometimes dry. They don’t put enough of the Chipotle mayo, or at least the past few times I’ve gone they haven’t. In order to fix that, I suggest asking for a side of the Chipotle mayo, or ranch, to dip it in. It’s really amazing with that! If they put more mayo on it, I would’ve given this 5 stars!

This was the best thing we had in the picture! It reminded me of home, Nashville, TN. Southern cookin’ in the middle of Santa Monica. The spicy fried chicken dipped in the tangy barbecue sauce made my salvary glands tingle with delight. The texture and taste of the chicken was off the charts! It reminded me of when I used to go to church, and we would have Sunday dinner. I’ve actually never had collard greens cooked the southern way before, salty and savory, but these were awesome and made me crave them after they were gone. The cauli-mashed potatoes were divine. You can’t even taste the cauliflower! Last, but not least, the pinto bean stew was better than I was expecting. It was chunky, and almost like a chili.

Over all, I absolutely love Veggie Grill for their food, price, abundancy, and over all atmosphere. I also love that they have an app that gives you rewards! You get $5, just for signing up. I always make sure I scan my app QR code when I’m ordering! If you don’t already, I would suggest using this app every time you go to Veggie Grill to receive all the benefits of eating there!

Do you go to Veggie Grill a lot? What’s your favorite dish? Comment below! 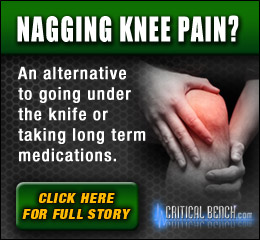